Justin D Bristol graduated from Regent University School of Law in 1999 and earned his undergraduate degree in Economics from University of California, Irvine. He has practiced law in the Pacific Northwest since 2000. Mr. Bristol focuses his practice in litigation with an emphasis in real estate and construction, and often serves as associate counsel in general business litigation.

Justin got his start in construction and real estate law while working for the general counsel of Pierce County Master Builders Association, who also sat on the Board of Advisors for the Washington Multiple Listing Service.

Often called “JD,” Justin knows real estate and construction law. But he is humble. “No matter how much you know, there's always more to learn,” he says.

While not hard at work on client matters, Justin enjoys spending time with his wife and four children and supporting various charities.

Mr. Bristol is admitted to practice law in the following Districts:

JD is a member of the following professional organizations: 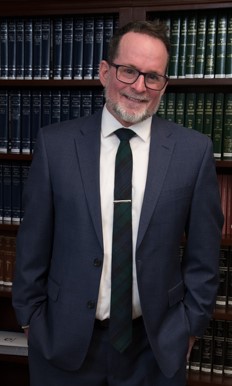